To the Skies! – Aerial Propaganda Posters of WWI 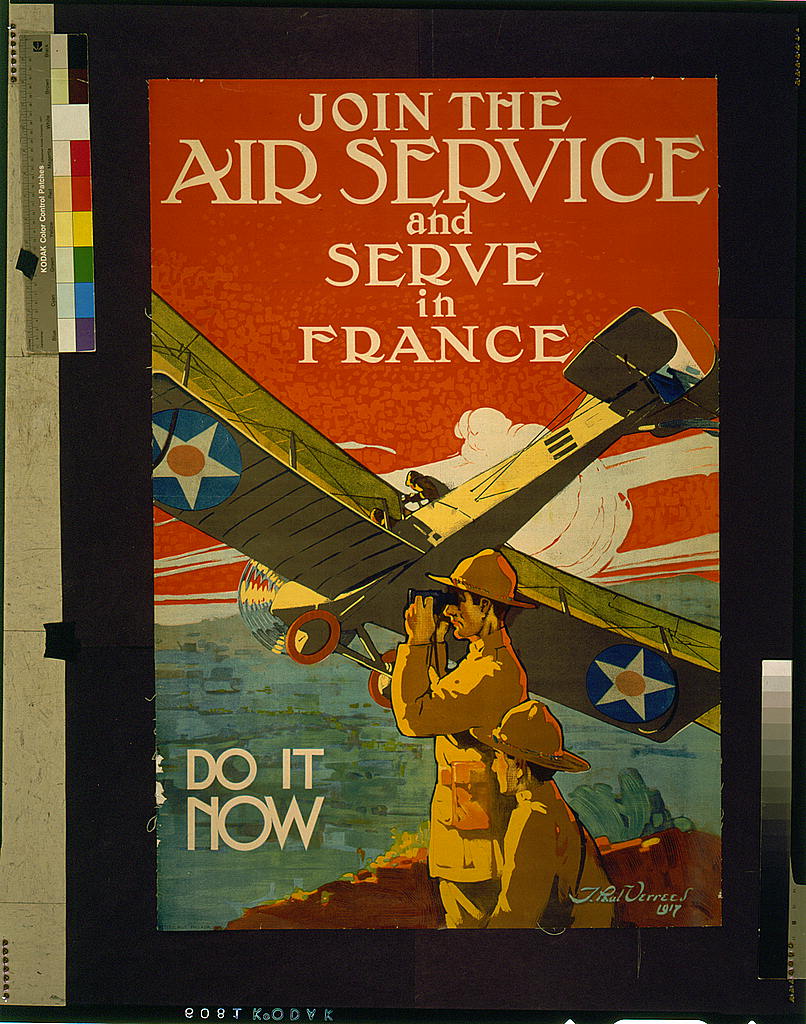 April 6, 2017 marked the 100 year anniversary of the United States entering the “Great War,” as a belligerent in the conflict.  Commercial advertising was already well developed in the U.S. during the time, and an organized campaign to shape public opinion was therefore a natural development – spearheaded by Woodrow Wilson himself.

Establishing the The The Committee on Public Information – the President utilized the latest technologies in developing film, radio, and yes, posters in an effort to sway the American public in the pro-war camp.  Headed by George Creel, many posters espoused the message of European salvation at the hands of the American military.

World War I also saw the first major U.S. aviation combat force being created.  A number of the posters advertised this new and exciting fighting force and called for volunteers to join the aerial fray.

Below are some examples, thanks to the Library of Congress WWI poster collection: